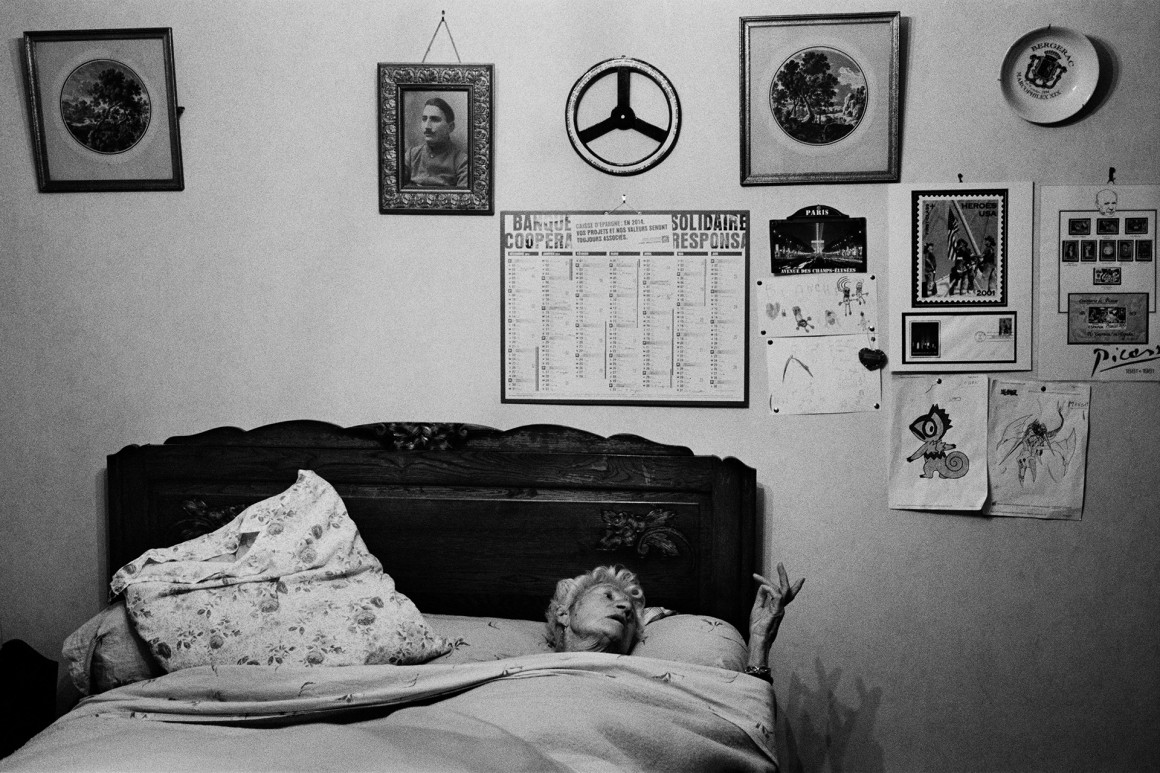 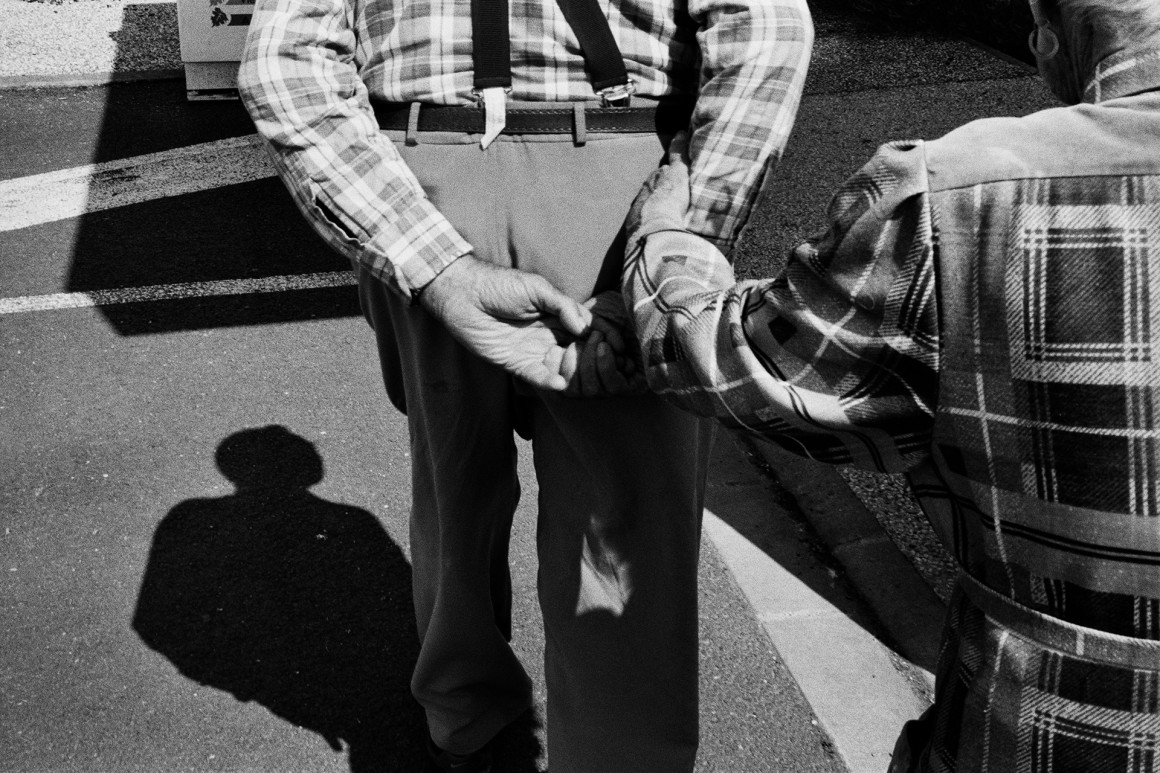 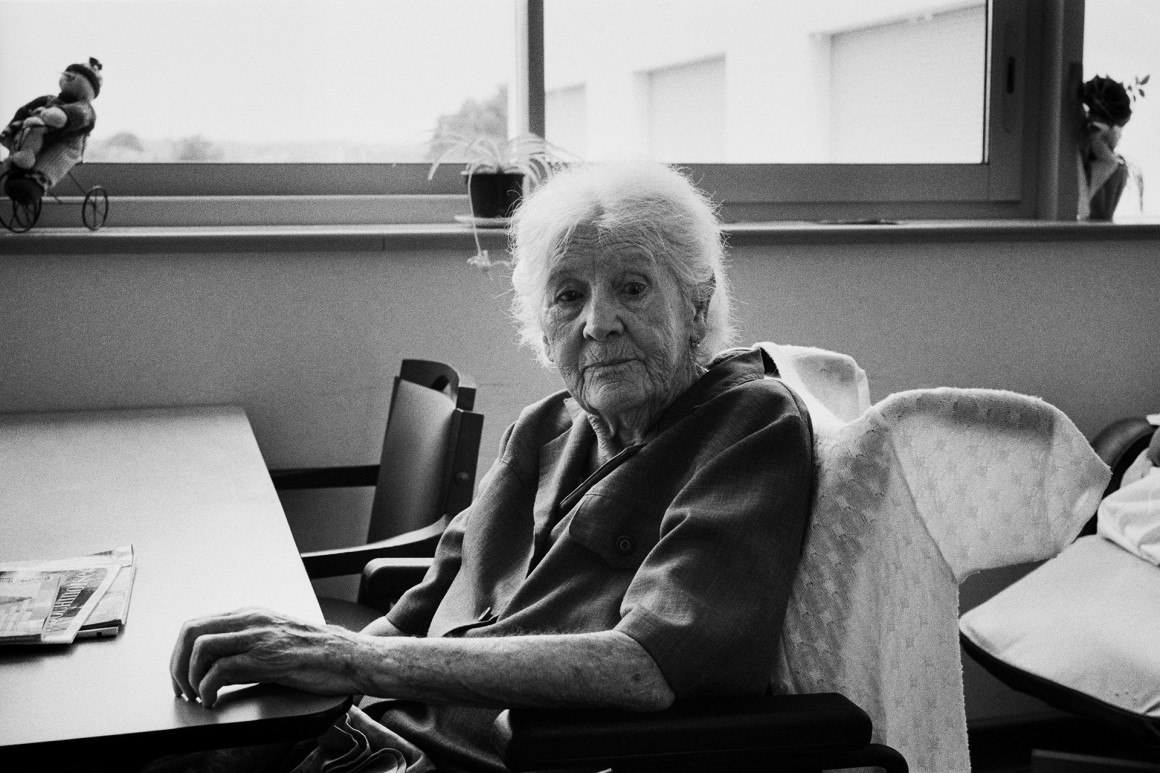 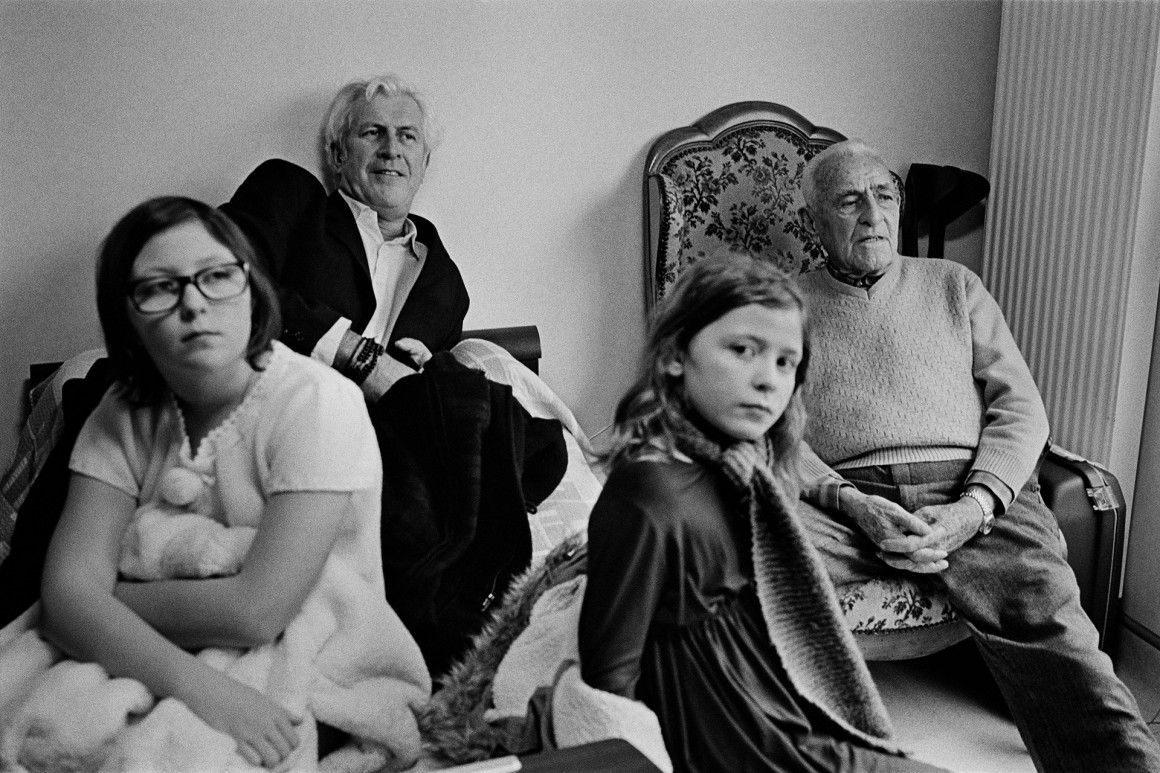 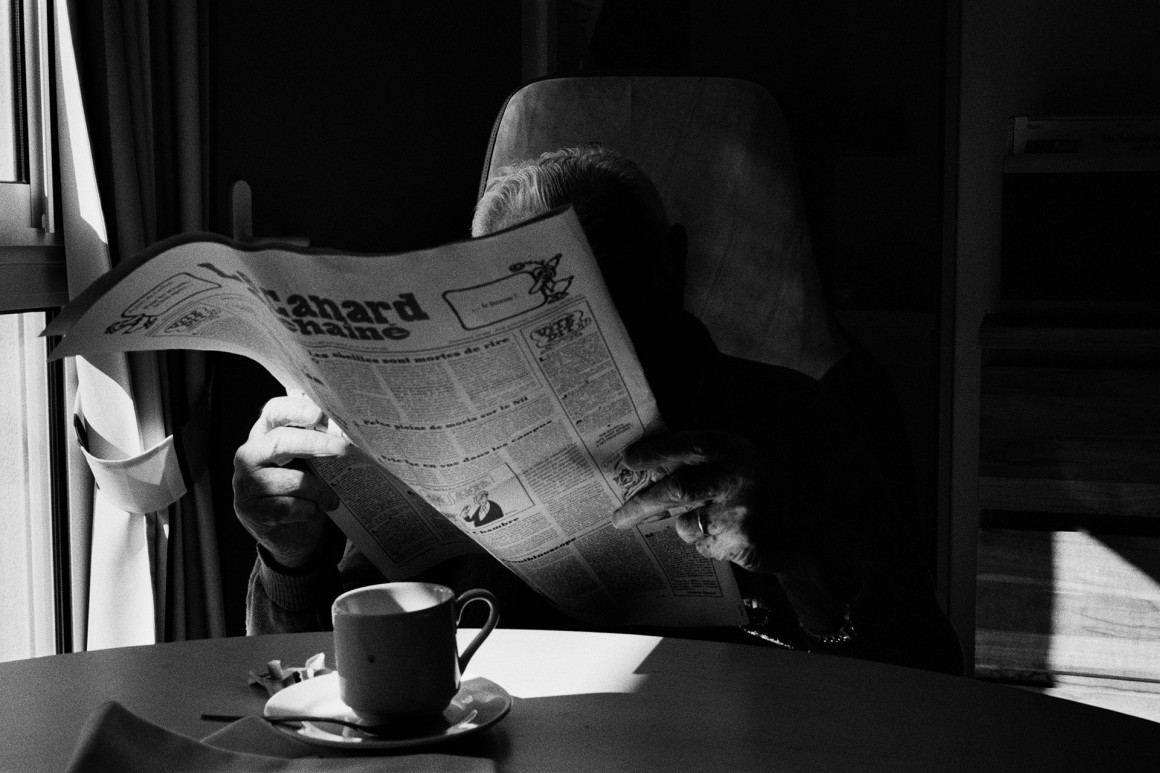 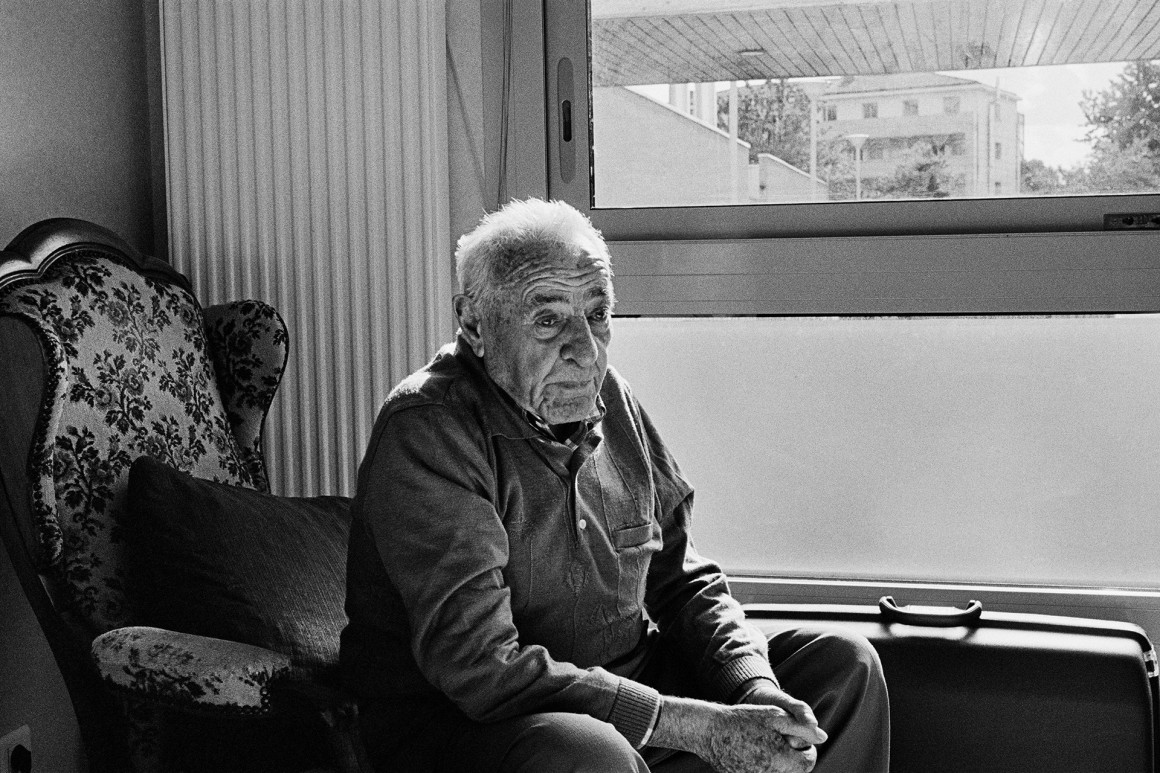 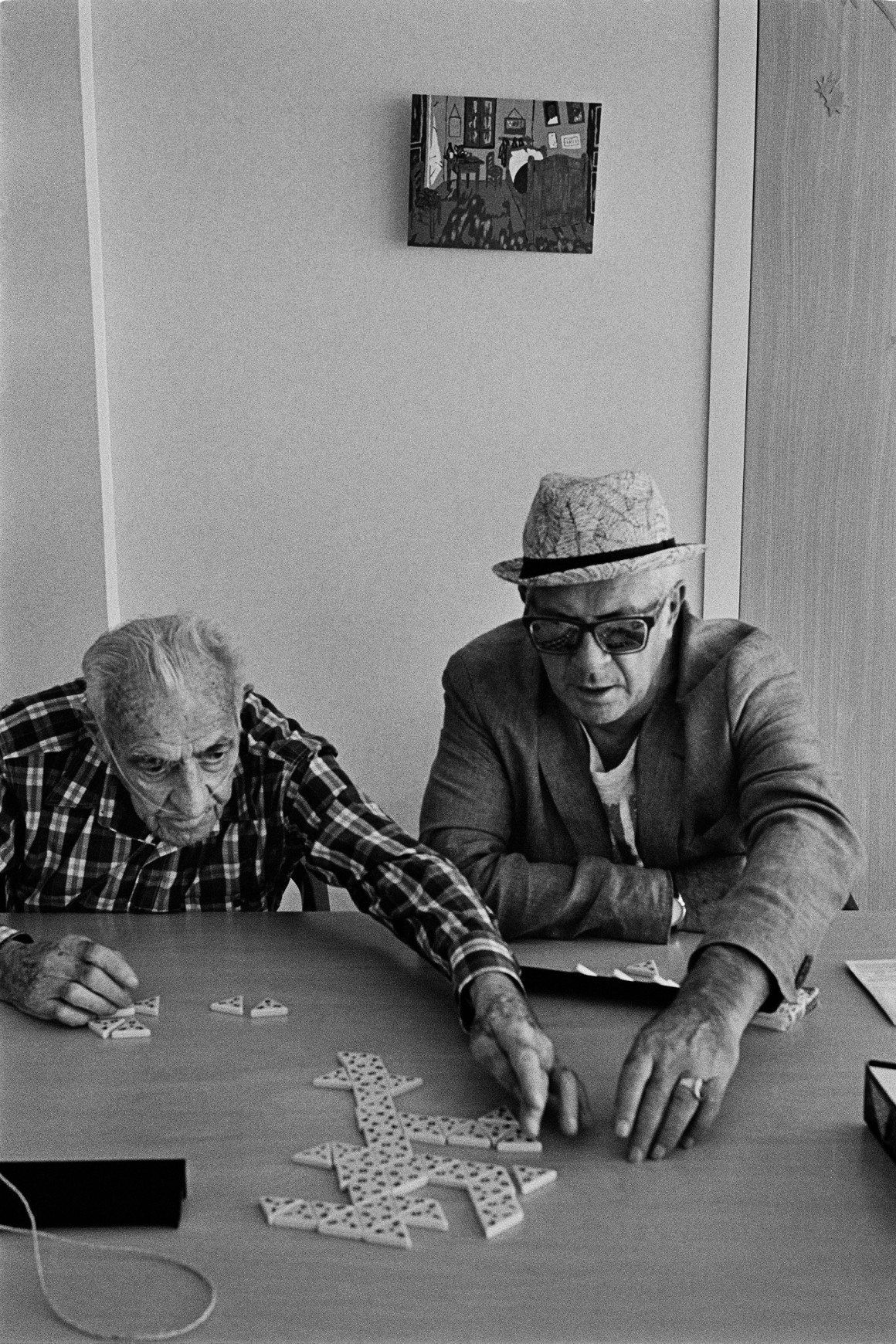 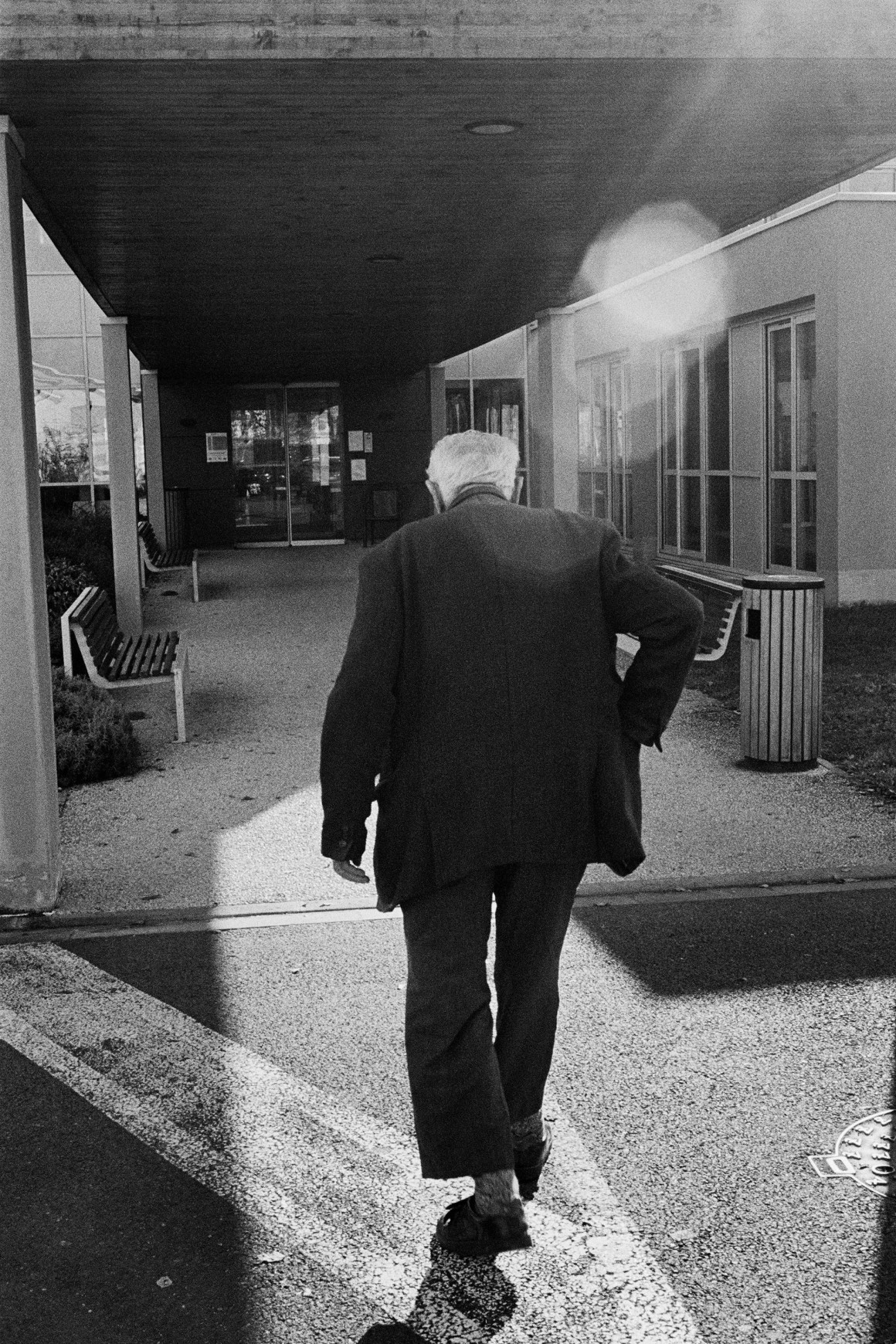 Pépé, my grandfather, came from Bergerac where I spent much of my summers as a child.

In 2014, my grandmother and grand-aunt were both struck by illness. My grandmother was diagnosed with Alzheimer’s disease, while my grand-aunt declined very rapidly into dementia. It was at that time that I decided to be close to them, when they seemed to be losing a grasp on everything.

I started taking photos and writing, with no particular aim nor idea for a specific project. It just seemed to be the best way to face those difficult times. And then, as it appeared to do me good, I decided to continue, in order to keep a souvenir of their special little world.

Mémé, my grandmother, and Tati, my grand-aunt, died within a month of each other. Pépé was left all alone, and I decided to keep him company: for more than three years, I came to visit my grandfather every two months.
Every time, I noted what happened and our respective impressions.

The story I’m going to tell started in June 2014 and covers the loss of his wife, his fall down the stairs, and his recovery which lasted four months until he left for a home just opposite Bergerac general hospital. These are the steps that structure the story, where texts and photos are mixed chronologically. And in the midst of all that, it is his story, our story, that unfolds.
It is the story of our discussions, his memories, my doubts and questions. It is a story that tenderly relates part of our family history, following the gradual aging of this man who I loved dearly.

Pépé moved to the old people’s home in Bergerac in April 2015 and lived there for two and a half years.
Sadly, he left us in October 2017.

He gave generously of his time and was aware of the project for this book and exhibition, which he supported in his own way.